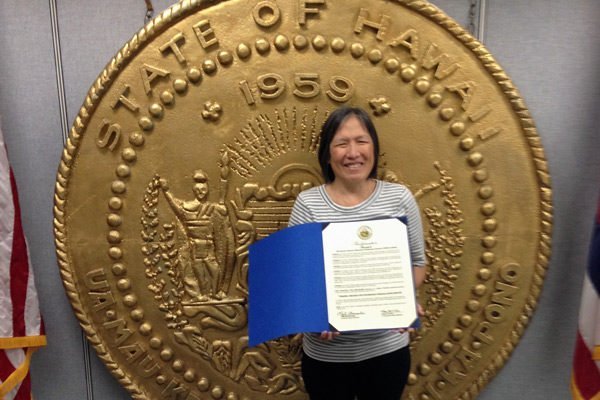 A Citation from the Document:

WHEREAS, the Hawai’i Chronic Obstructive Pulmonary Disease (COPD) Coalition was formed in 2007 to provide services and improve treatment for adults in Hawai’i diagnosed with COPD, including emphysema, chronic bronchitis, and its related disorders; and

WHEREAS, the Hawai’i COPD Coalition educates the public about the 46,015 adults in Hawai’i diagnosed with COPD and the $55 million in hospital costs that are generated because of COPD; and

WHEREAS, the Hawai’i COPD Coalition reminds us that COPD has become the third leading cause of mortality in the United States, with over 15 million Americans already diagnosed and an additional 15 million still remain undiagnosed; COPD is also the second leading cause of disability; and

WHEREAS, the Hawai’i COPD Coalition encourages the public to learn more about their lung health, get screened for COPD, and learn more about smoking cessation because smoking is the primary risk factor for COPD; other risk factors include environmental and exposure to air pollution, second-hand smoke and genetics; and

WHEREAS, the Hawai’i COPD Coalition joins health care service provides throughout the United States and the world in the recognizing November 20, 2013, as “COPD Day”;

NOW, THEREFORE, I, NEIL ABERCROMBIE, Governor, and I, SHAN S. TSUTSUI, Lieutenant Governor of the State of Hawai’i, do hereby proclaim November 2013 as

in Hawai’i and encourage the people of the Aloha State to utilize the available support and resources to learn more about the prevention, intervention and treatment of COPD, including getting tested for the disease.

DONE at the State Capitol, in Executive Chambers, Honolulu, State of Hawai’i, this seventeenth day of October 2013.